Father Thomas started getting sick around August of last year. At first it was just extreme tiredness and stomach aches, and he cut back on his busy schedule and got some much needed rest. But he wasn’t bouncing back, and he lost a lot of weight. In October and November he went to a series of different doctors and underwent many tests, but nothing conclusive was found. He told us that he felt this was a spiritual sickness.

In January he rallied and started to gain strength and weight. He wanted to run the race God had marked out for him until the finish, and he used his energy doing physical therapy and working at getting well again. He was alert and mentally very sharp all the way to the end. He celebrated Mass up until two weeks before he died.

The day he died he was having a pretty good day. He ate more than he had in a while and was
talkative and upbeat. In the afternoon, his breathing started to get rapid. Two of us were there helping him and he asked me to recite some Scripture. I opened a Bible and read Psalm 23. “No,” he corrected, “Isaiah 35.” So I flipped over to Isaiah and read aloud that beautiful chapter. His breathing got shallow and I noticed him looking off into the distance. He stared and then smiled. “What are you seeing?” I asked. “Is someone coming for you?” He got a faraway look in his eyes and silently laughed, never answering my question. His breathing slowed way down, and I started giving him CPR. When I paused, he laughed again and then was gone — as quickly as that. It reminded us of Luke 12:36-37, “be like servants who await their master’s return from a wedding, ready to open immediately when he comes and knocks. Blessed are those servants who the master finds vigilant on his arrival.” Jesus came knocking, and Fr. Rick opened the door right away. As the last line of Isaiah 35 says, “They will meet with joy and gladness, sorrow and mourning will flee.”

While we have lost our spiritual leader, all of us here at Our Lady’s Youth Center are fully committed to carrying on the good work of serving our brothers and sisters in need that Fr. Rick spearheaded for so many years. As you know, Our Lady’s Youth Center is a 501(c)(3) religious and charitable organization with a board of directors and an advisory board. We are also working with the Jesuit province that Father belonged to as they decide which priest to assign here to carry on the sacramental life of the ministries. We ask for your prayers and we’ll keep you posted. 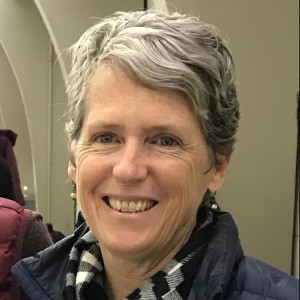